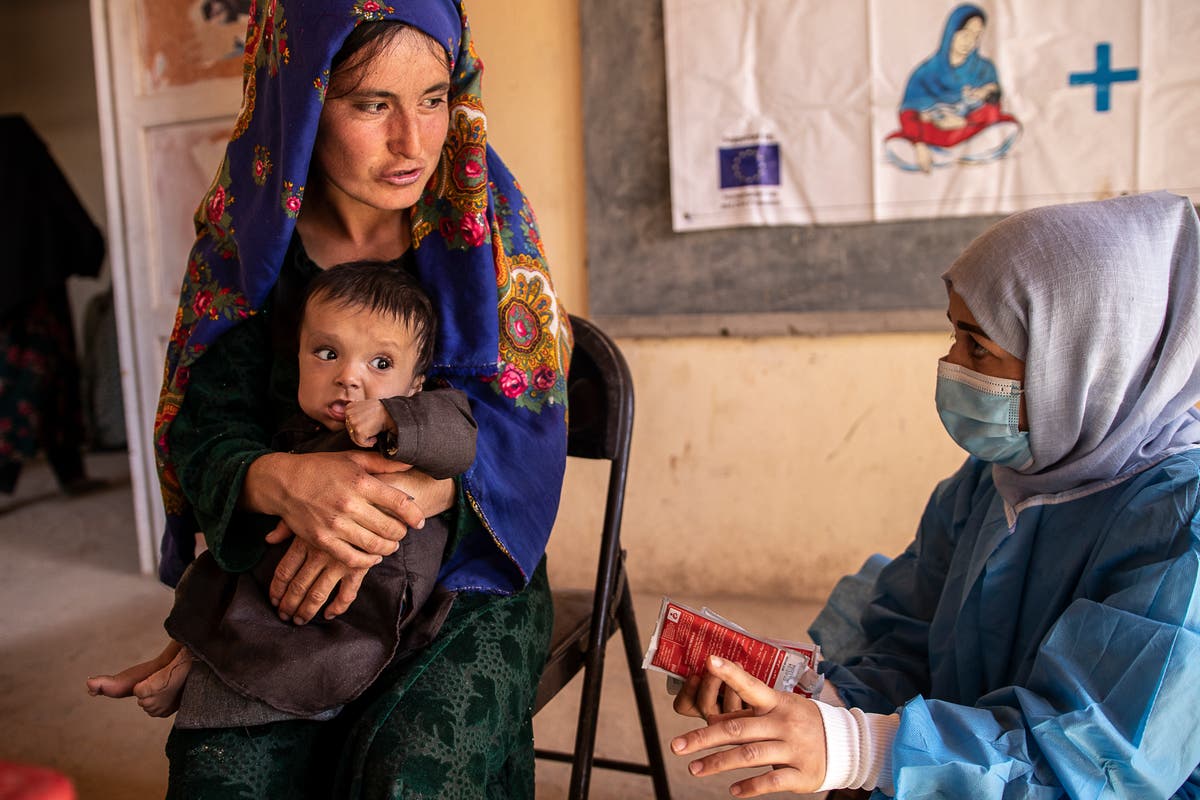 A delegation led by the highest-ranking woman at the United Nations urged the Taliban during a four-day visit to Afghanistan that ended Friday to reverse their crackdown on women and girls. Some Taliban officials were more open to restoring women’s rights but others were clearly opposed, a U.N. spokesman said.

The U.N. team met with the Taliban in the capital of Kabul and the cities of Kandahar and Herat. It did not release the names of any of the Taliban officials. The meetings focused on the restrictive measures the Taliban have imposed on women and girls since they took power in August 2021, during the final weeks of the U.S. and NATO forces’ pullout after 20 years of war.

The team, headed by U.N. Deputy Secretary-General Amina Mohammed, found that some Taliban officials “have been cooperative and they’ve received some signs of progress,” said U.N. deputy spokesman Farhan Haq. “The key thing is to reconcile the (Taliban) officials that they’ve met who’ve been more helpful with those who have not.”

Haq stressed that “there are many different points of authority” among the Taliban and that the U.N. team will try to get them to “work together to advance the goals that we want, which include most crucially, bringing women and girls back to the full enjoyment of their rights.”

Mohammed, a former Nigerian Cabinet minister and a Muslim, was joined on the trip by Sima Bahous, executive director of UN Women, which promotes gender equality and women’s rights, and Assistant Secretary General for political affairs Khaled Khiari.

As the Taliban did during their previous rule of Afghanistan from 1996 to 2001, they gradually re-imposed their harsh interpretation of Islamic law, or Sharia. Girls have been barred from school beyond the sixth grade and women are banned from most jobs, public spaces and gyms.

In late December, the Taliban barred aid groups from employing women, paralyzing deliveries that help keep millions of Afghans alive, and threatening humanitarian services countrywide. In addition, thousands of women who work for aid organizations across the war-battered country are facing the loss of income they desperately need to feed their own families.

Limited work by women has been allowed in some sectors, including the health field.

“What we’ve seen in terms of basic rights for women and girls is a huge step backwards,” Haq said. “We are trying to do more and we’ll continue on that front.”

In a statement, Mohammed said her message to the Taliban was very clear — “these restrictions present Afghan women and girls with a future that confines them in their own homes, violating their rights and depriving the communities of their services.”

She stressed that delivery of humanitarian aid is based on the principle requiring unhindered and safe access for all aid workers, including women.

“Our collective ambition is for a prosperous Afghanistan that is at peace with itself and its neighbors, and on a path to sustainable development. But right now, Afghanistan is isolating itself, in the midst of a terrible humanitarian crisis and one of the most vulnerable nations on earth to climate change,” she said.

“Afghan women left us no doubt of their courage and refusal to be erased from public life,” Bahous, of UN Women, said in a statement. “They will continue to advocate and fight for their rights, and we are duty bound to support them in doing so.”

“What is happening in Afghanistan is a grave women’s right crisis and a wakeup call for the international community,” she said, stressing that the Taliban restrictions and edicts show “how quickly decades of progress on women´s rights can be reversed in a matter of days.”

Before arriving in Kabul, members of the delegation visited Muslim countries in the Middle East as well as Indonesia, Pakistan and Turkey. They met leaders of the 57-nation Organization of the Islamic Conference, the Islamic Development Bank and groups of Afghan women in Ankara, Turkey, and Islamabad, as well as a group of ambassadors and special envoys to Afghanistan based in Doha, the capital of Qatar.

“The need for a revitalized and realistic political pathway was consistently highlighted and all remained firm on the fundamental principles, including women’s and girls’ rights to education, work and public life in Afghanistan,” the U.N. said.