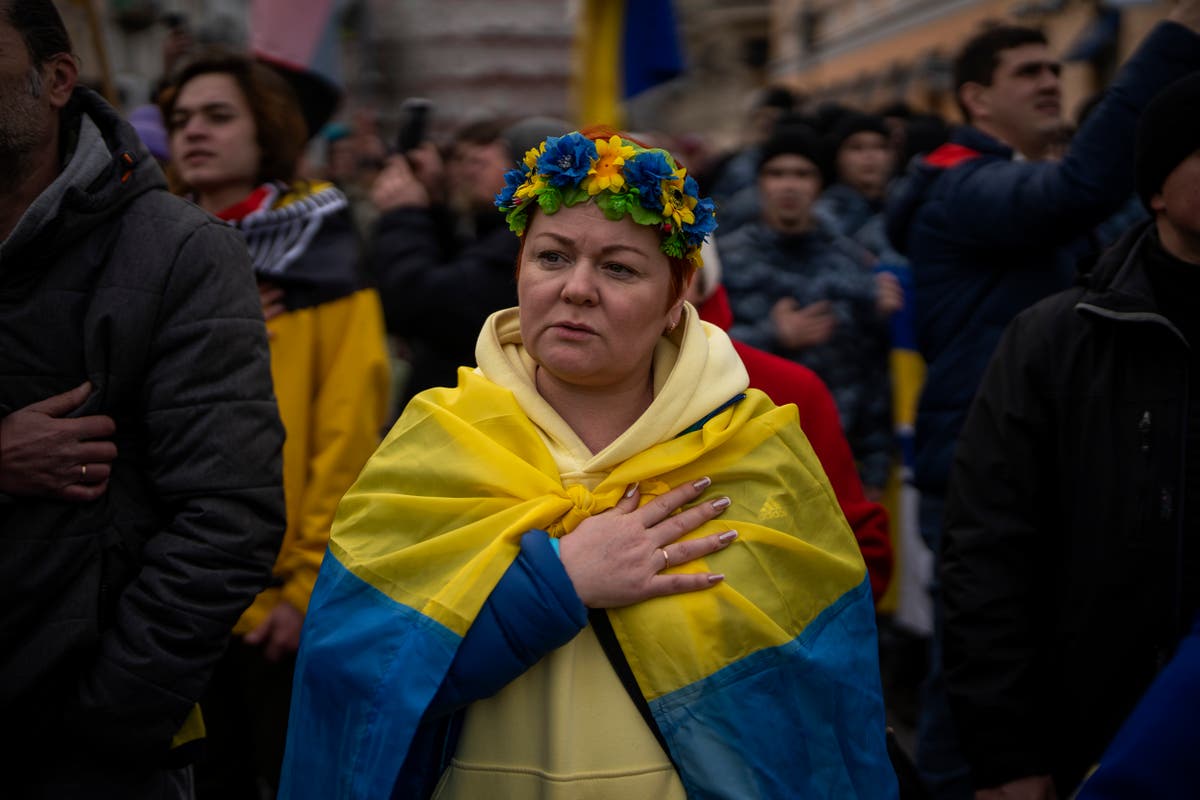 Widespread opposition to Russia’s invasion of Ukraine demonstrates the strength of a unified response against human rights abuses, and there are signs that power is shifting as people take to the streets to demonstrate their dissatisfaction in Iran, China and elsewhere, a leading rights group said Thursday.

A “litany of human rights crises” emerged in 2022, but the year also presented new opportunities to strengthen protections against violations, Human Rights Watch said in its annual world report on human rights conditions in more than 100 countries and territories.

“After years of piecemeal and often half-hearted efforts on behalf of civilians under threat in places including Yemen, Afghanistan, and South Sudan, the world’s mobilization around Ukraine reminds us of the extraordinary potential when governments realize their human rights responsibilities on a global scale,” the group’s acting executive director, Tirana Hassan, said in the preface to the 712-page report.

“All governments should bring the same spirit of solidarity to the multitude of human rights crises around the globe, and not just when it suits their interests,” she said.

Countries now need to ask themselves what might have happened if they had taken such measures after Russia’s annexation of Crimea in 2014, or applied the lessons elsewhere like Ethiopia, where two years of armed conflict has contributed to one of the world’s worst humanitarian crises, Hassan said.

“Governments and the U.N. have condemned the summary killings, widespread sexual violence and pillage, but have done little else,” she said of the situation in Ethiopia, where Tigray forces signed an agreement with the government late last year in hope of ending the conflict.

The New York-based organization highlighted the demonstrations in Iran that erupted in mid-September when Mahsa Amini died after being arrested by the country’s morality police for allegedly violating the Islamic Republic’s strict dress code, as well as protests in Sri Lanka that forced the government to resign, and opposition to Brazilian President Jair Bolsonaro before he lost October’s election.

In China, Human Rights Watch said the U.N. and others’ increased focus on the treatment of Uyghurs and Turkic Muslims in the Xinjiang region has “put Beijing on the defensive” internationally, while domestic protests against the government’s “zero-COVID” strategy also included broader criticism of President Xi Jinping’s rule.

“Autocrats rely on the illusion that their strong-arm tactics are necessary for stability, but as brave protesters around the world show time and again, repression is not a shortcut to stability,” Hassan said. “The protests in cities across China against the Chinese government’s strict ‘zero-COVID’ lockdown measures show that people’s desires for human rights cannot be erased despite Beijing’s efforts to repress them.”

One of the greatest humanitarian crises continues to be in Myanmar, where the military seized power in February 2021 from the elected government of Aung San Suu Kyi and since then has brutally cracked down on any dissent. The military leadership has taken more than 17,000 political prisoners since then and killed more than 2,700 people, according to the Assistance Association for Political Prisoners.

Human Rights Watch said peace attempts by Myanmar’s neighbors in the Association of Southeast Asian Nations have failed, and that aside from barring the country’s military leaders from its high-level meetings, the bloc has “imposed minimal pressure on Myanmar.”

Meantime, HRW said, “other powerful governments, including those of the U.S. and U.K., hide behind regional deference to justify their own limited action” toward Myanmar.

It urged ASEAN to engage with opposition groups in exile and “intensify pressure on Myanmar by aligning with international efforts to cut off the junta’s foreign currency revenue and weapons purchases.”